Based in Chicago, USA, Omnicom Technologies is a megacorporation involved in almost every industry imaginable, from telecommunications, electronics, and infrastructure to vehicle production. Since the AGL’s inception, they have held exclusive rights to broadcast events and they created a team for the league’s inaugural season in 2144. 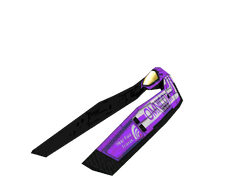 "The Omnicom Series 2 is a textbook all-rounder with strong acceleration and combat systems. Its lack of any one weakness makes it ideal for pilots who want a bit of everything."

The Omnicom Series 2, commonly shortened to OS-2, is a solid all-rounder with no significant strengths or weaknesses. This approach gives it consistent performance across any situation, making it a good choice for experienced pilots as well as new pilots getting to grips with heavier craft.

Omnicom Technologies began its life as Omni Communications, a telecommunications provider that rose to prominence in the late 21st century. From the beginning, they implemented a policy of aggressive expansion, often undercutting their competitors’ prices or just buying them out entirely. Over several decades of growth, they managed to cement themselves as one of the world’s most recognizable media companies - but for them, this was only the beginning.

In 2099, Omni Communications made the largest corporate acquisition in history when they merged with XL Technologies, another giant American tech company. Now one of the largest companies in the world, they rebranded themselves as Omnicom Technologies and set out to control as much market share as possible, in as many industries as possible. Often criticized by their remaining competitors and members of the public for their censorship policy and so-called monopolistic business practices, Omnicom has now transformed from a simple media company to an international corporate empire.

When G-Tek announced their intentions to form a racing league using AG technology, Omnicom saw a chance to capitalize on the new sport and entered a partnership with them, assisting in the creation of the AGL’s infrastructure and negotiating exclusive broadcasting rights for events. They began work on their own AGL team in 2142, joining the sport for its inaugural season in 2144. Since their entry into the league, they have maintained a focus on balanced ship design, producing craft that give equal attention to all flight characteristics and making steady improvements over time.

In the past few years, Omnicom’s ruthless manner of conducting business has made them multiple rivals on the track. The first of these came in 2156 when Hyperion aired an advertisement which mocked Omnicom’s censorship policy and racing performance. In response, Omnicom blatantly banned them from airing any further ads on their networks and used their media influence to tarnish Hyperion’s reputation. While Hyperion hasn’t shown any public hostility to Omnicom since this, their recent focus on ship-to-ship combat suggests that they may be preparing to take their revenge in the AGL.

Later the same year, an argument over advertising rights between Omnicom and Scorpio devolved into public hostility between the two companies. This reached a peak when Omnicom censored Scorpio’s advertising from all of their networks, publicly denounced them, and began a campaign to prevent them from accomplishing their planned expansion into Austria. Scorpio reacted to this by forming a fully fledged AGL team in only 9 months, entering the league in 2157 with the sole intention of destroying Omnicom on the track.

Their most recent rivalry was ignited in 2157 in the wake of the Nova Park Earthquake, when Omnicom banned Diavolt from all of their affiliate networks following an argument over which team caused the accident. Diavolt’s thoughts on the subject were soon made clear in the AGL, where they now target Omnicom with a constant barrage of weapon fire.

Omnicom enters the 2159 season with high hopes and a higher budget, utilizing their tried-and-true all-rounder design. Though public opinion is mounting against them and they have 3 fierce new enemies on the track, they are still a pillar of the AGL and the power they have over the sport can’t be ignored.